Shail Gulhati
What is it about Mahashivaratri, that is so enchanting to plants, animals & humans alike? Author Shail Gulhati shares his deepest realisation of the essence of this magical night. 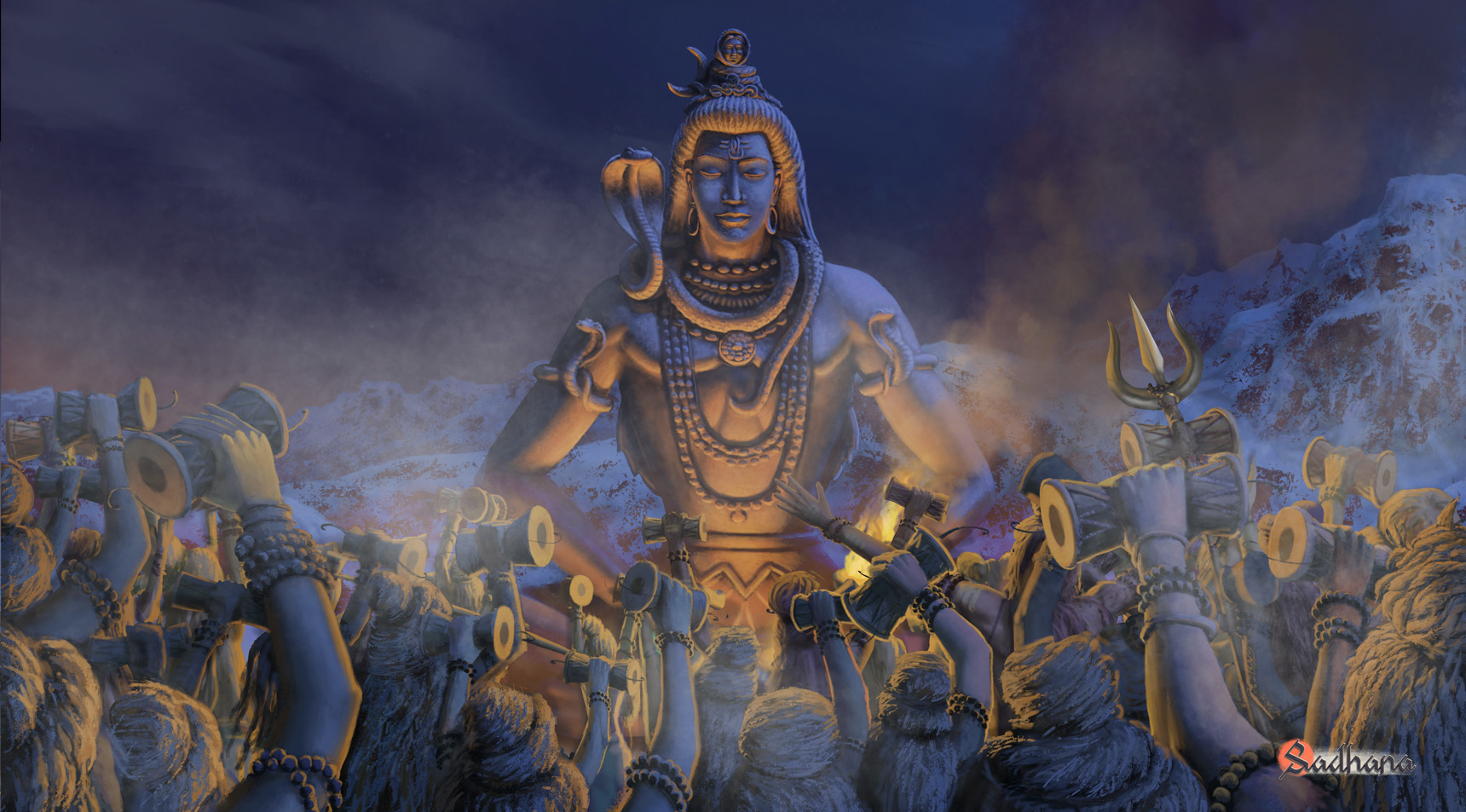 It’s that time of the year when all beings of the manifest world, from ants, to birds, animals and even plants, behave with a certain cheer as if cosmically stirred out of their sleepy dormancy into a mood of waking.

We humans too, find ourselves bubbly, winter has gone and a sparkling Sun is thawing its way, springing into a fresh sky. Everyone seems to perceive that certain Divinity about the way Nature begins the season’s regeneration.

Shiva bhaktas in particular, seem merrier, with a definitive halo of authority, that has recently dawned on their countenance, getting into busy mode and frenetic festivity.

It’s that time of the year again, when in the dark half of ‘Phalgun’, in February or in March, on the 13th or 14th day, on the longest night which is also moonless, and the darkest one, has arrived.

But behold, they say, it is the great night of their auspicious Lord, Shiva Ratri, the beginning of all light!

“He is the One who existed

even before the world began.

He is the One who has been prayed to,

even when He was unseen.

And ever since the very first time

He chose to make His presence known,

Shiva has been loved by millions.

He is the perfection of opposites:

Master of yogic stillness, but King of dance;

Shiva is the fountainhead where paradox reconciles.

In the Hindu pantheon of Gods,

He is called the destroyer,

And yet, known by the beautiful symbol of creation,

Mahashivratri is the great night of Lord Shiva and the greatest night for Shiva lovers, who wait for it all year. It is celebrated worldwide, in worship and dance, song and prayer, in crowds, and yes, in secluded and solemn meditation, by the austere.

Celebrated all over India, in homes and in temples, by the ascetics and the householders, in sober prayer and in ecstatic intoxication, by ritual and by trance, in stillness and in dance, and many things more. It is attended by legends of the wicked and the devout, the sickly and the stout, but none agrees on exactly what it’s about.

“It’s Shiva’s birthday,” say some. Others swear it’s His wedding night with Parvati. Some opine that is when the Ananda Tandava, the first cosmic dance, began. Yet others teach of it as the profundity of awakening, saying, “It’s the celebration of the day Shiva was illumined about cosmic mind, a Primal consciousness, His own rhythm Divine!”

I once thought about it deeply, and the answer that came to me, startled me.

Shivratri is all three.

Having created the entire Universe, Shiva seems to love playing the game of losing Himself, looking for Himself and finally finding Himself.

Therefore, when He ‘enters ‘ the Universe, it is as one who has forgotten His own Divine Origin. Thus, begins the long play of Shiva’s intense Chintan and Dhyana – Reflection and Meditation, of which we see innumerable depictions.

Doing intense Dhyana, in order to connect to Divine consciousness, Shiva finally awakens to His own Self, to the fact that He was never really disconnected in the first place. This is His illumination, His Sat-Chit-Ananda– Supreme consciousness knowing itself to be the Truth, gets blissed.

This also constitutes a new ‘Birth”, since He is no longer Shiva the one, who has veiled His own nature in ignorance, but the ever-resplendent one.

In the same moment that He awakens to Divine illumination ,He also finds Himself bubbling with Shakti, His immense power to create; wedded to Her in eternity.

He is Timeless, and yet, when Parvati manifests, it is time for Shiva to arrive. He is formless, but when She arrives, He manifests form.

One sure mark of Shiva, the Boundless One, is that He is bound to Parvati, His Shakti. It is said of Shiva, that He does not incarnate. Of Parvati’s devotion, it is said She is One, who can make even Shiva incarnate. For Parvati, is His wife even from Her previous birth, when She was called Sati.

She is His eternal soulmate, and they always find each other, through the mists of cosmic time, even through lifetimes; such is the magic of their love!

And I realise, that behind the innumerable tales about Him,
at the core of the myriad roles that He plays out, Shiva’s story, is essentially a love story, over and over again…

Let’s celebrate the powerful cosmic union of Shiva and Shakti, this Mahashivratri, on the Sadhana App.

Shailendra Gulhati is a Jammu based mystic and writer from India, an expert on Kashmir Shaivism and prolific author of six books, including the popular ‘Shiva, The Ultimate Time Traveller’ – 1 & 2. He is deeply passionate about Lord Shiva and writes about the essential oneness of God in all things.

iOS
We use cookies to personalize your site experience: /www/sadhana_314/public/wp-content/themes/sadhana/templates/modules/cookie-banner.php on line 5
https://sadhana.app/news/mahashivaratri/">read more